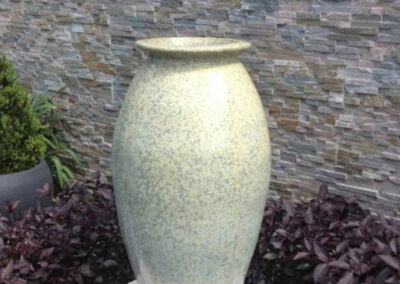 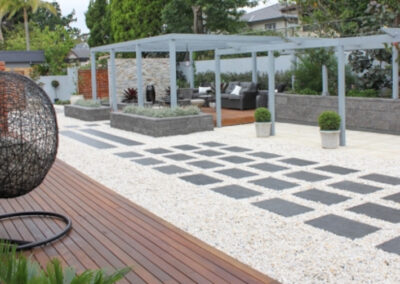 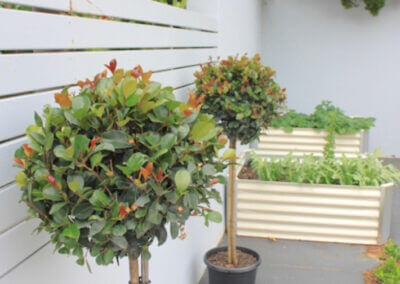 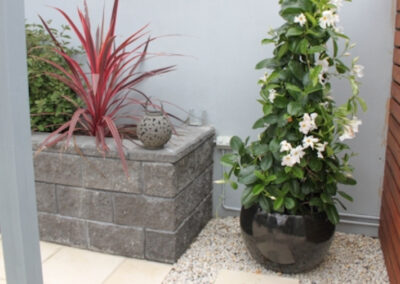 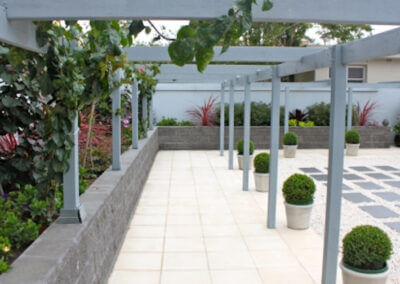 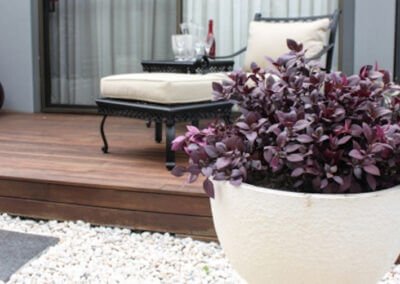 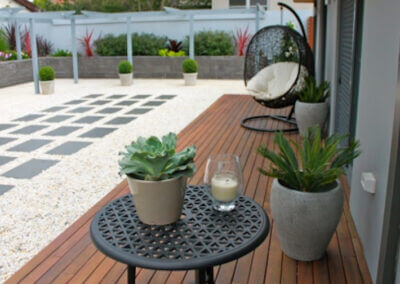 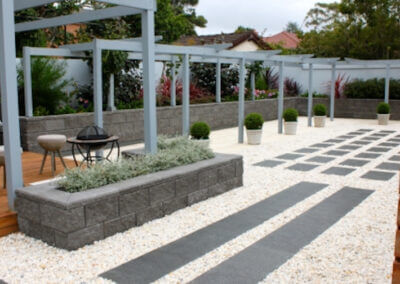 This residence in St Ives was extensively renovated; the whole house gutted leaving only the external walls standing. At the rear of the property was a full-sized tennis court the clients had no interest in ever using. They realised the demolition and cost of disposal would put the project way over budget, so the brief was to work with the existing concrete.

A 2.5m deep raised garden bed was built around the perimeter to bring greenery out into the space. The arbor and pergola serve as structures to support Bougainvillea and ornamental grape to bring the greenery further out into the hard landscaped area. Road base and 20mm pebbles were laid over the top of the concrete court with black granite pavers to break up the expanse. Screens were erected to separate the Guest area. This also serves as a small vegetable and herb growing area. 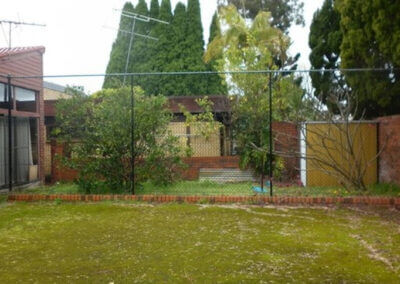